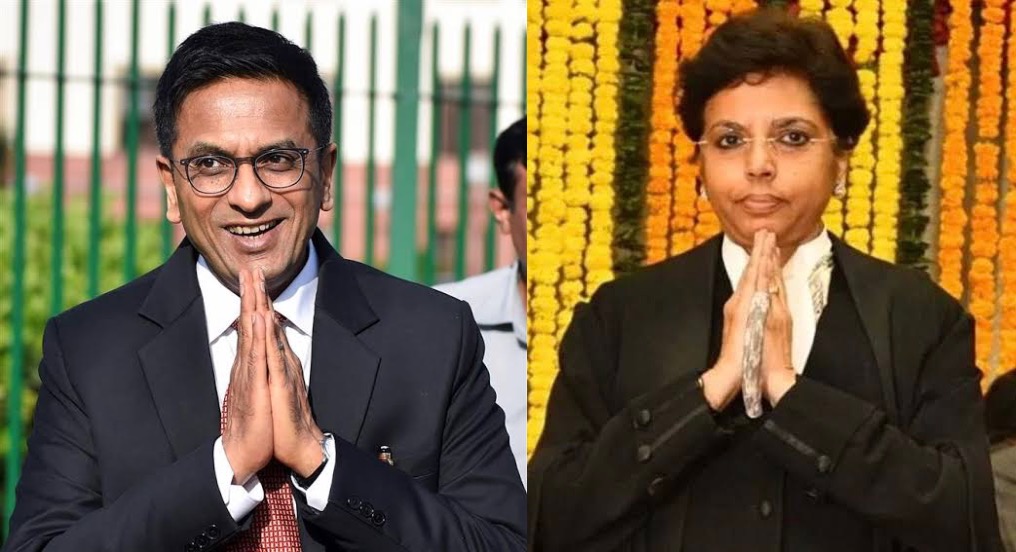 The Supreme Court on Friday directed that the Pakistani citizen detained in India shall be released on furnishing of surety of Rs. 5000 considering that the detenu is 79 years old, his wife divorced him 10 years ago and Pakistan is also not going to accept him.

A bench of Justice DY Chandrachud and Justice Hima Kohli noted, "What can be done, he is 79 years old, his wife also left him, Pakistan also doesn't want him. We'll release him as of now."

The matter pertains to a man named Mohd. Qamar, who was born to Indian parents in Meerut according to the Times of India. The report further states that Qamar went to Pakistan as an eight-year-old to visit his relatives and his mother passed away before the expiration of his visa period. Thereafter, he continued to stay in Pakistan where he was raised by his mother’s relatives before he could return to India over three decades ago with a Pakistani passport. He married an Indian citizen in Meerut and has six children with her.

Qamar was apprehended by the authorities in 2011 under the Foreigners Act for residing in India despite his visa having expired long ago. Reports claim that despite him having completed his sentence, he was sent to Lampur detention camp in 2015 and has been lodged there since.

Senior Advocate Sanjay Parikh appearing for the petitioners, while referring to a judgement  submitted that for 2 years if a person is in detention then he may be released, but he has been in detention for more than 7 years.

In addition to this, Senior Advocate Garima Prashad appearing for the State of Uttar Pradesh stated that his children are grown up and he has divorced.

To which, Justice Chandrachud responded stating that, "It's not that his children need him, he is 79, he might need his children now."

Over the question from the bench ASG KM Nataraj appearing for the Central Government submitted that "we'll have to look into solutions, UP Government may consider or we can contact Pakistan High Commission as to what is his status."

The bench opined that without assessing the inputs from the SSP which had denied extension of Visa to the detenu the Ministry may consider allowing a long term Visa After considering the security angle.

The bench held that "We are of the view Mohd Qamar should be released on furnishing surety of Rs. 5000 and guarantee by 2 Indian citizens. Qamar is directed to report at the nearest police station at the seventh day of every month."

It is to be noted that Pakistan had refused to take him back or acknowledge his identity. His daughter Ana Parveen moved the Supreme Court asking the court to grant Qumar bail. She has further pleaded in her petition that Qumar has expressed his desire to become an Indian citizen before the Delhi High Court.

The ASG replied, “The counter has been filed. This is a peculiar situation. It is for the State of UP to take a call. The union is trying to do its best.”

The bench then asked the Center to take a humanitarian approach in this regard as the person is over 62 years old. To this, ASG Natraj replied, “Admittedly he has come to the country with a Pakistani passport. Pakistan has refused to acknowledge his citizenship.”

Justice Chandrachud then asked ASG KM Natraj to assist the court as an officer of the court. Upon this, ASG Natraj informed the bench that he will try his best. The matter has been adjourned for the petitioners to file a rejoinder to the counter filed by the government

Cause title: Ana Parveen Vs Union of India