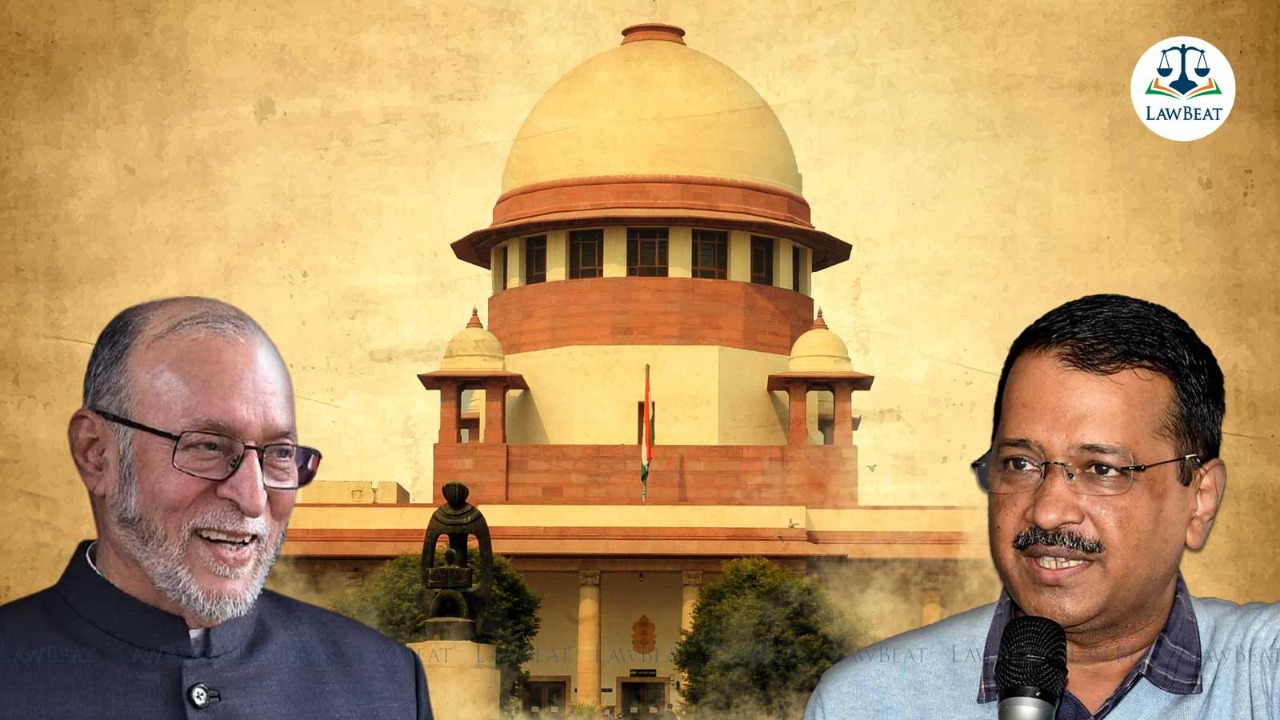 It is the Centre's contention that issue under challenge includes a Delhi High Court order which has upheld the notification by the ministry of home affairs (MHA) on 21 May 2016, which replaced a 1998 notification on the powers of the L-G and the Delhi government.

A bench of Chief Justice of India NV Ramana, Justice Surya Kant, and Justice Hima Kohli was hearing an application filed by the Central Government seeking direction to refer the matter to a constitution bench so as to decide upon the issue with a holistic interpretation of Article 239AA of the Constitution of India.

The Centre has contended that the present proceedings arise out of the Order of the High Court passed on August 4, 2017, whereby it upheld validity of notifications issued by Ministry of Home Affairs which were promulgated in exercise of the plenary powers of the Central Government over the administration of NCT of Delhi. It is conveyed to the Court that on February 15, 2017, upon appeal by the Delhi Government, the Supreme Court had referred this case to a Constitution bench in order to decide upon the interpretation of Article 239AA of the Constitution of India.

"The aforesaid issue cannot effectively be decided because the key question as to whether the legislative competence of a legislative assembly of a UT in respect of List II (State List), which is as per the constitution bench itself, would depend on the context of the matter," the Centre has said.

The Delhi Government has averred before Top Court (in the challenge against the GNCTD Act and transaction and business rules) that the Centre, through its amendments, has, “given more power to the Lieutenant Governor than the elected government of the people of Delhi”, according to a press release in the public domain.

Singhvi took the ground of the alleged delay tactics being used by the Central Government submitted that, "My learned friend tried 6 times to take an adjournment on the earlier dates and then they opted for this referring to constitution bench issue."

At this juncture, Solicitor General Tushar Mehta submitted that the bench is not deciding for the first time, whether a matter can be referred to a constitution bench or not.

Earlier, The Solicitor General of India, Tushar Mehta while arguing before the Supreme Court had submitted that the powers of managing the capital of the country must remain with the Centre as it represented the "face of the nation".

The Delhi Government in its petition has stated that the amendments by the Centre are "an attempt to treat the LG as the ‘default administering authority over the NCT of Delhi’, by equating the position of the LG with that of the “government”, by authorising the LG to withhold consent from bills that, in his judgment, maybe “incidentally” outside the scope of legislative assembly’s legislative powers".

It has been further stated that the new laws encroach upon the scope of the Delhi Legislative Assembly’s core legislative functions by interfering with the power of the Assembly to frame its own rules of business or to hold the Government to account, a core function of any legislature.

“Centre disenfranchised the people of Delhi, and violated their political rights under the Constitution,” stated the plea.

Cause Title: GNCTD Vs. Union of India