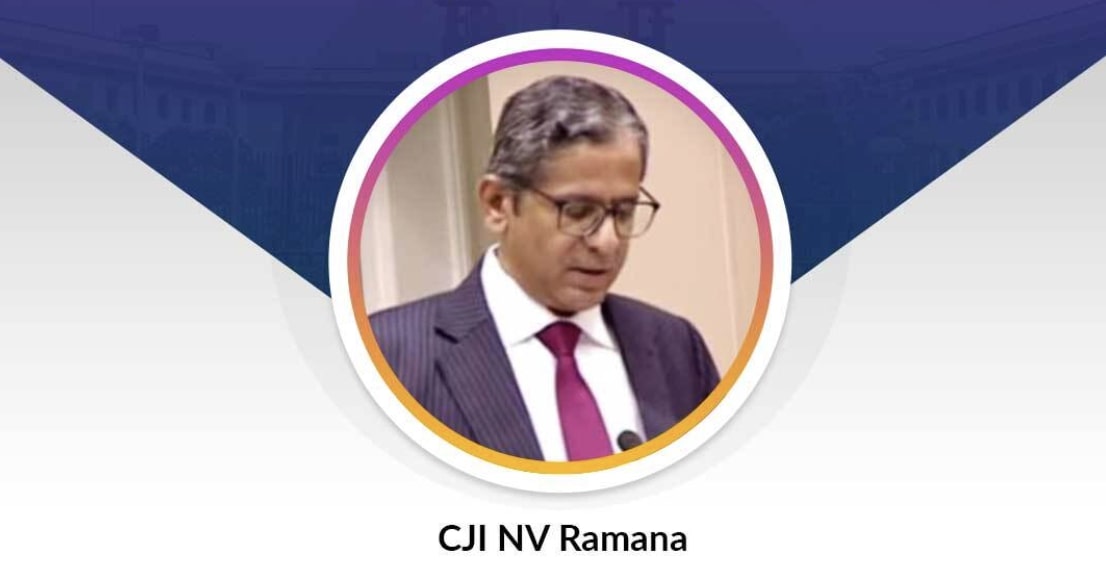 Addressing a gathering of Chief Justices (CJ's) of High Courts and Chief Ministers (CM's) of the State, Chief Justice of India (CJI) Justice NV Ramana, remarked that the Public Interest Litigation (PIL) Jurisdiction is being misused to to stall projects or pressurise public authorities. He said,

“No doubt, PIL has served a lot of public interest. However, it is sometimes being misused to stall projects or pressurise public authorities. These days, PIL has become a tool for those who want to settle political scores or corporate rivalry.”

The joint conference of CJ's of High Court and CMs of the states was today inaugurated by the Prime Minister of India Narendra Modi and the welcome address was delivered by the Union Law Minister Kiren Rijiju.

The CJI further remarked that realising the potential for misuse of PILs, Courts are now highly cautious in entertaining them.

Speaking on pendency in courts, the CJI said that if a municipal authority or a gram panchayat discharges its duties properly, the citizens need not look to courts, adding that if revenue authorities acquire land through due process of law, the courts would not be burdened by land disputes as these cases accounted for 66% of the pendency.

He remarked that, “It is beyond my understanding as to why intra and inter departmental disputes of the Government or fights between PSUs and the government end up in courts.”

The CJI then highlighted how a fair police investigation and putting an end to illegal arrest and custodial torture will ensure that no victim will have to approach the courts.

Highlighting the need to consult the legal department, prior to executing executive decisions, the CJI urged the government departments not to rush implementing such decisions as they are against the principles of good governance.

The CJI further spoke of how governments are not implementing the orders of the court for years together as a result many contempt petitions come to be filed. He remarked,

“The resultant contempt petitions are a new category of burden on the Courts, which is a direct result of the defiance by the Governments. Deliberate inactions by the Governments, despite judicial pronouncements, are not good for the health of democracy.”

The CJI spoke of judiciary being confronted with the issue of the executive, willingly transferring its burden of policy making. He said that although policy making is not the judiciary’s domain, if a citizen comes to the court with a prayer to address his grievance, the courts cannot say no.

While stating that ambiguities in law burden the judiciary, he said that if the legislature passes a law, with clarity of thought, foresight and with people’s welfare in mind, the scope for litigation will be minimised.  Speaking of the process of drafting legislations, the CJI said, “The legislature is expected to solicit the views of the public and debate the bills, clause by clause, threadbare, before enacting a law.”

The CJI said when he expressed this last year, he was misunderstood by some quarters, however he has the highest regard for the legislature and values the role played by each pedestal in the country’s democracy. "I was merely pointing out certain deficiencies," he said.