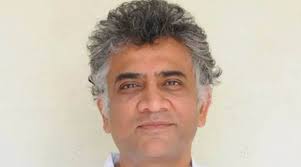 A Delhi Court on Thursday, while setting aide the Look Out Circular issued against Aakar Patel by the Central Bureau of Investigation (CBI) stated that the CBI Director's apology for lapse on part of his subordinates will go a "long way" in healing his wounds and that it will also uphold the trust and confidence of the public in the premier institution.

"Considering the facts and circumstances of this case and the law laid down by the high court of Delhi, this court is of the considered view that the LOC is liable to be set, there, the CBI is directed to withdraw/recall the lOC issued against the accused immediately. The CBI is directed to take the appropriate action and give intimation to the concerned authorities regarding the same," the court said.

The Court has further relied on several judgments including a recent order of the Delhi High Court whereby the lookout circular issued by the Enforcement directorate against Rana Ayyub was set aside and she was allowed to travel abroad.

Court has added that the particular case of Aakar Patel is not one where the applicant has evaded his arrest or did not join the investigation & that there is inherent contradiction in the stand taken by the CBI.

"On one had, the CBI claims that the LOC got issued as the applicant was at flight risk and in contradiction to the that the accused was not arrested during investigation and the chargesheet was filed without arrest. Further, no explanation is forthcoming from the CBI as to what precaution or measure were taken during the investigation or at the time of filing the chargesheet to ensure the presence of accused during the trial," Court's order reads.

It was recently decided by CBI to open a LookOut Circular (LOC) against the accused Aakar Patel to thwart any attempt, if any, by him to escape the process of law and thus to prevent him from leaving India. Thereby, a  chargesheet was filed by CBI against the accused persons before the Court Ld CMM, Rouse Avenue District Courts, New Delhi.

Patel had moved the plea before the Delhi Court seeking directions to the CBI for withdrawal of the said Look Out Circular and also seeking permission to travel to United States of America till 30th May 2022 to take up his assignment and lecture series.

MHA has recently alleged in the complaint that in order to evade Foreign Contribution (Regulation) Act 2010 (FCRA), Amnesty (UK) has remitted Rs. 10 crore to Amnesty's Indian entities, classified as FDI, without MHA's approval.

Further, another Rs. 26 crore was remitted to Amnesty (India), primarily from UK based entities, without MHA's approval.

All such receipts have subsequently been expended on Amnesty's NGO activities in India, in violation of FCRA. Also Amnesty had made several attempts to obtain prior permission or registration under FCRA. The same was not granted. In reaction to repeated denials, Amnesty used commercial methods to evade FCRA.

As per the provisions of section 40 FCRA, “no court shall take cognizance of any offence under this Act, except with the previous sanction of the Central Government or any officer authorised by that Government. In this behalf sanction under section 40 of the FCRA 2010, has not been received till date and the matter is under process.”

CBI’s investigation revealed the following that: