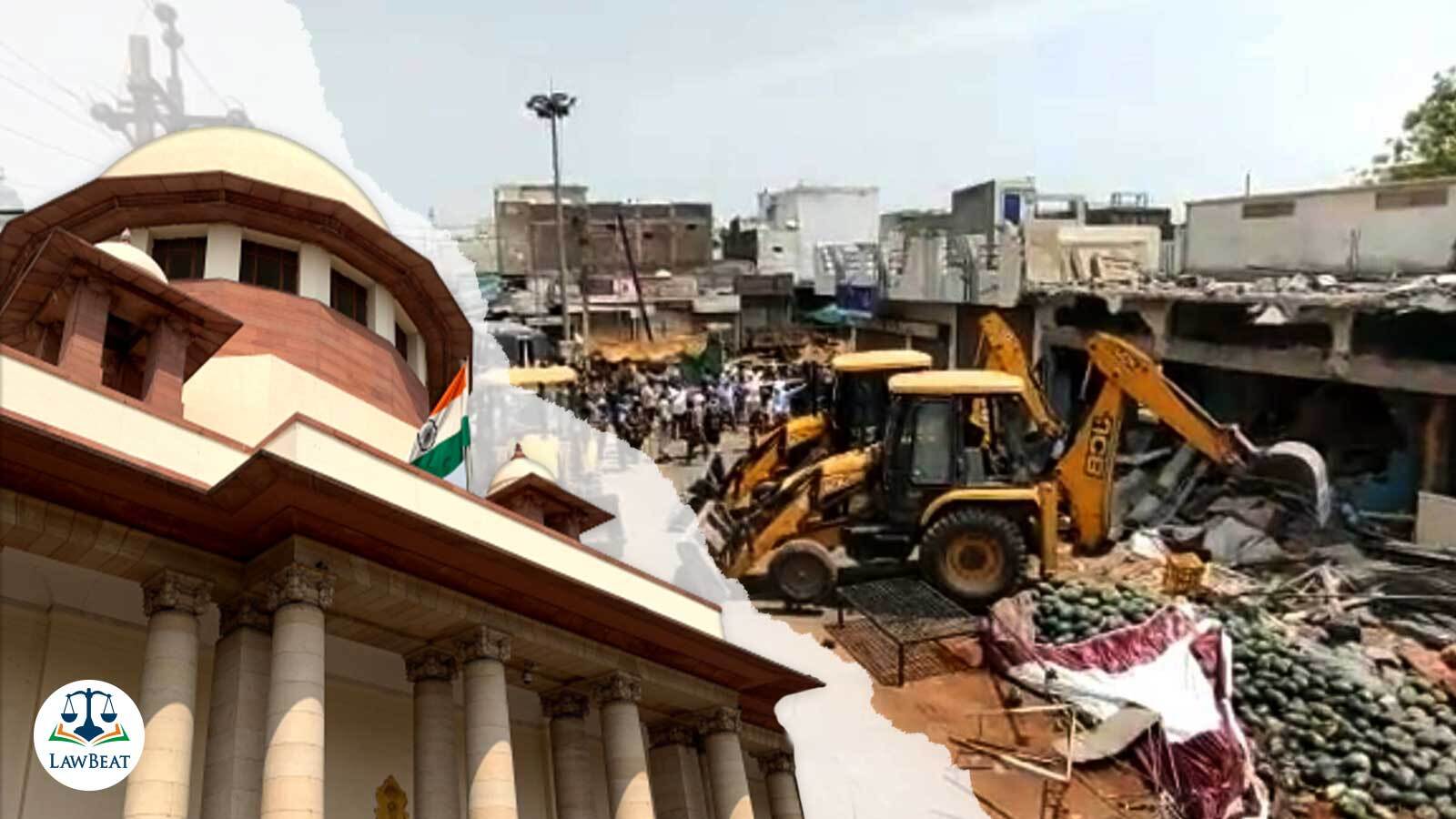 The petition filed by Razia Mansoori and others (according to the petition, the petitioners are victims of the bulldozing in Khargone and Sendhua districts) through Advocate Adeel Ahmed has alleged that the Local administration in Madhya Pradesh have demolished several properties of the Petitioners on the “pretext or misconceived surmise that they were associated with alleged suspects of the Ram Navami violence in Khargone, Madhya Pradesh in view of the incident of stone-pelting and arson during Ram Navami processions on April 10, 2022”.

It has been submitted that the respondents (officials concerned) have told the newspaper that the move was necessitated because “not all, but some of the accused involved in the communal riots” who own these properties “were encroaching on public land and action has been taken based on land revenue records.”

The plea has further informed the bench that "similar to the government in Uttar Pradesh, the state of Madhya Pradesh has passed a strict law to “recover damaged property from protesters.” The Prevention of Damage to Public and Private Property and Recovery of Damages Act, 2022 was passed. Through it, tribunals could recover up to twice the cost of alleged damage."

It has been argued that the houses and buildings of the petitioners have been razed to the ground without any notice or attributing them to any cause or crime, or at the least, a finding that they were responsible for the stone-pelting and arson during Ram Navami processions on April 10, 2022.

The plea has sought for the following directions:

Cause Title: Razia Mansoori & Ors. Vs. Union of India & Ors.