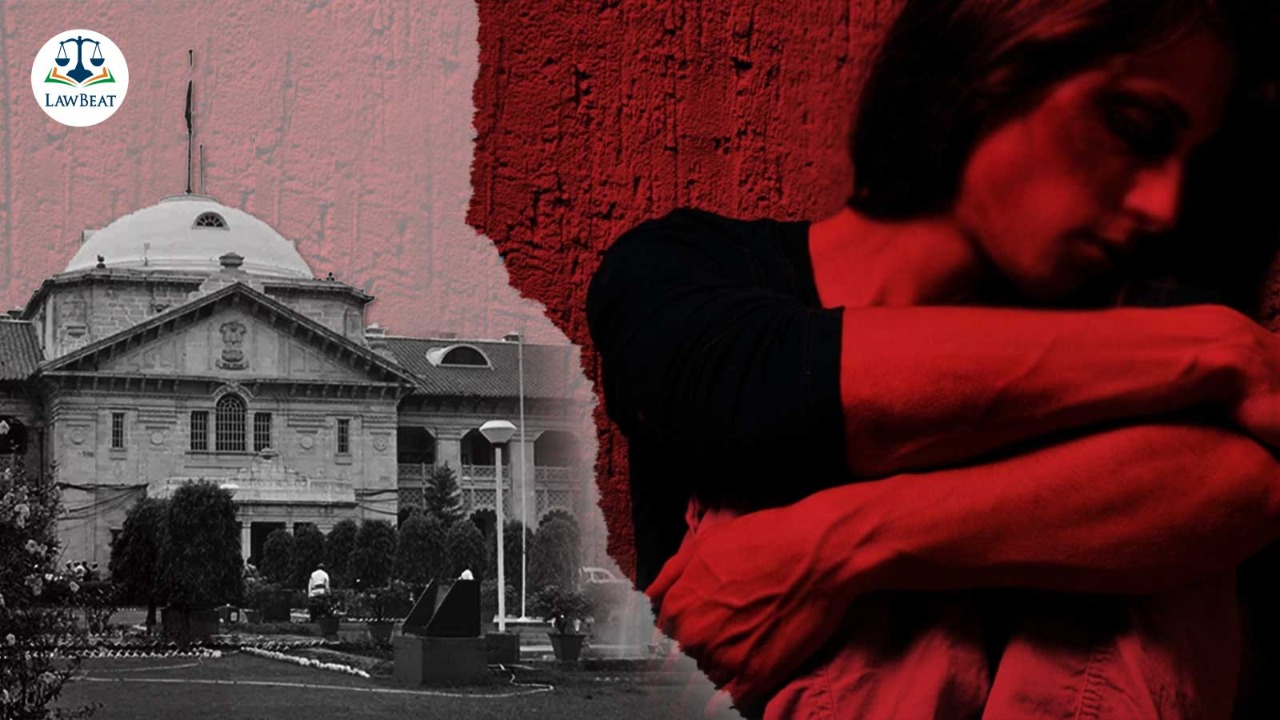 "No Indian lady is ready to share her husband at any cost. They are literally possessive about their husband. It would be biggest jolt for any married woman that her husband is being shared by some other lady or he is going to marry some other lady. In such awkward situation, it would be impossible to expect any sanity from them": Allahabad High Court

The Allahabad High Court recently dismissed a revision plea moved by a man against the order of the Trial Court refusing to discharge him in the case lodged over his wife's suicide. The deceased woman, who was man's second wife, had committed suicide allegedly because without divorcing her, the man had married a third woman.

The bench of Justice Rahul Chaturvedi noted, " The deceased comes from rural background (for) whom her husband (is) her saviour...In such awkward situation, it would be impossible to expect any sanity from them. Exactly, same thing happen in this case too, where soon after coming to know that her husband got married in clandestine way with some other lady, by itself is more than sufficient reason to commit suicide."

A First Information Report was lodged by the deceased woman herself in September 2018 against her husband and other in-laws for atrocities 'on the day' of her alleged suicide.

In brief, the deceased was man's second wife, married in 2010 in a temple. The couple also had a son. The deceased came to know abruptly one day that her husband is going to marry a third woman and had applied for the registration of marriage. When this fact came to the knowledge of the deceased, she herself lodged an FIR against Sushil Kumar (her husband) and his family members for the alleged atrocities upon her under Sections 323, 494, 504, 506, 379 of the Indian Penal Code.

Notably, the man himself had admitted that he got married the third time a week before his second wife's demise without giving divorce to the earlier two wives.

In his revision plea seeking discharge, the man had mainly alleged that there were procedural loopholes during the investigation and there was an anomaly regarding the timing of the FIR and woman's admission to the hospital after consuming poison.

However, tabling its decision, Court noted,  "The alleged anomalies or inconsistencies during the investigation (a third agency) would not be of much relevance at the stage of discharge."

Referring to the provision of Section 227 (Dischrge) and 228 (Framing of charge) Cr.P.C, Court further held,

"It would be hazardous to act on the discrepancies unless they are so fatal and glaring as to affect the credibility of the prosecution case without affording reasonable opportunity to the prosecution to substantiate the allegations."

Pointing out that in the instant case, the deceased herself lodged the FIR, and gave vivid details of the atrocities faced by her by her own husband and his other family members, Court observed that man's act seemed the sole reason whereby the deceased took such an extreme step.

Also, refuting the objection raised by man's counsel that there was no material on record that attracted Section 306 IPC (Abetment of suicide) against the man, Court held,

"The Court is of the considered opinion that the FIR for all the practical purposes could be considered as her dying declaration as the deceased herself is the author of the FIR."

Therefore, noting that the arguments forwarded by the counsel of the man could not be appreciated at the stage of discharge, Court observed,

"The Court is not required to hold a mini-trial at the stage of discharge nor meticulous examination of these alleged loopholes or shortcomings during (the) investigation or its ultimate impact on the success or failure of the trial are required to be appreciated."

Case Title: Sushil Kumar And 6 Others v. State of U.P. and Another