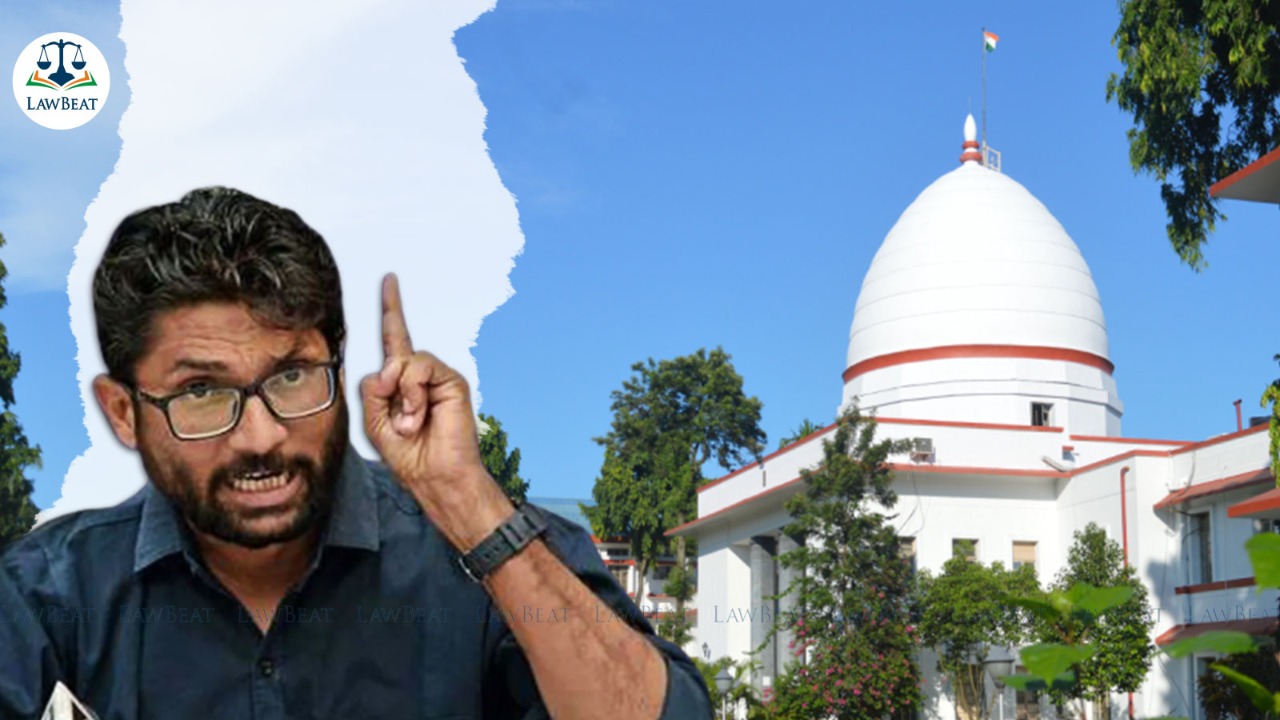 Gauhati High Court on Monday stayed the adverse remarks made by a District Judge against the Assam Police while granting bail to Gujarat MLA Jignesh Mevani in an assault case. The Barpeta Sessions Judge A. Chakravarty had remarked that the case against Mewani seemed false and made up to keep Mewani longer in jail.

The bench of Justice Devashish Baruah passed the order on the appeal moved by the State of Assam and the Investigation Officer, Sub Inspector Bipul Ch. Kalita. Staying the "irrelevant" remarks of the Barpeta Court, the High Court clarified that the instant order should not be interpreted as a stay on grant of bail to Mewani.

Court held that the observation made by the Sessions judge against the State police were made without there being any materials on record and the observations regarding the testimony of the victim were also prima facie beyond the exercise of the jurisdiction of the Sessions Court in a proceeding under Section 439 Cr.P.C.

The Barpeta District Sessions Judge A. Chakravarty last Friday granted bail to Mevani in the case of alleged assault on a policewoman. While granting the bail, the judge, however, observed that:

"In view of the above and to prevent registration of the false FIR like the present one and to give credibility to the police version of occurrences like the arrest of accused persons and the accused persons attempting to escape from police custody in the midnight, while the accused was allegedly leading the police personal to discover something and the police personnel firing and killing or injuring such accused, which has become a routine phenomenon in the State, the Hon'ble Gauhati High Court may perhaps consider directing the Assam police to reform itself by taking some measures..."

"...Otherwise our state will become a police state, which the society can ill afford. Even opinion is growing in the world for providing next generation human rights to the police in the democratic countries like, right to recall an elected representatives, right to destabilize an elected government etc., therefore converting our hard earned democracy into a police state is simply unthinkable and if the Assam police is thinking about the same, the same is perverse thinking."

Case Title: State of Assam and Anr vs Jignesh Mevani and anr