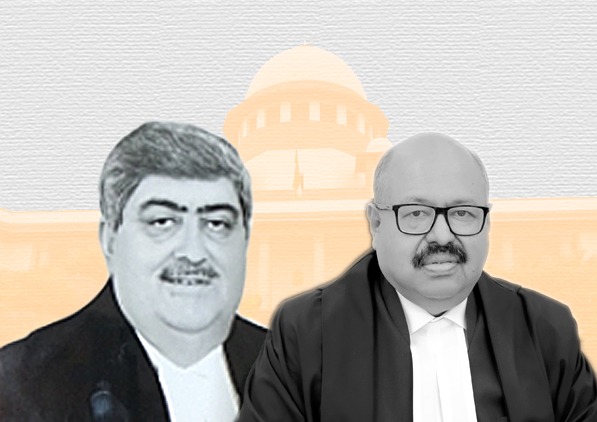 The Supreme Court recently released two convicts on probation of good conduct, in terms of Section 4 of the Probation Of Offender's Act,1958.

A bench of Justices Sanjay Kishan Kaul & Hrishikesh Roy released two convicts ,who were 19 & 21 years of age at the time of commission of offence, on their completion of half the sentence.

Court ordered their release on entering into a bond, with two sureties each to ensure that they maintain peace and good behaviour for the remaining part of their sentence, failing which they can be called upon to serve that part of the sentence.

The case is about two appellants who were charged under Sections 382, 307 read with 34 of the IPC. Post the trial, they were convicted and sentenced by Trial Court to a rigorous imprisonment of 7 years each. Their appeal was dismissed as well.

In light of the facts and circumstances of the case, Court opined that  the appellants were under 21 years on the date of commission of offence and not at the time of conviction and that in light of the same, Section 6 of the Act could not come to their aid.

"We may notice that since we are concerned with the appellants who were under 21 years of age on the date of the offence and not on the date of conviction, Section 6 would not come to their aid," the bench observed.

Court further noted that Section 6 provides that a court “must not” sentence a person under the age of 21 years to imprisonment, unless sufficient reasons for the same are recorded, based on due consideration of the probation officer’s report."In the facts of the present case, the appellants are stated to be below 21 years of age as on the date of offence," the court said.

Thus, the bench applied Section 4 while granting probationary release to appellants, adding that the redeeming feature in the instant case was that the person who suffered appeared to have forgiven them (Amrik Singh, Complainant and the appellant arrived at a compromise deed whereby the complainant had stated that he did not want to pursue any action against the appellants and has no objection to their release on bail or acquittal).

In this background, the bench observed,

"The facts of the present case are that the appellants have not served out the minimum sentence of 7 years though they have served about half the sentences. They were aged under 19 & 21 years of age as on the date of offence but not on the date of sentence. The redeeming feature in their case is that the person who suffered, appears to have forgiven them, possibly with the passage of time. There is no adverse report against them about their conduct in jail otherwise the same would have been brought to our notice by learned counsel for the State. Faced with the aforesaid legal position, this is a fit case that the benefit of probation can be extended to the appellants under the said act in view of the provisions of Section 4 of the said Act on completion of half the sentence,"