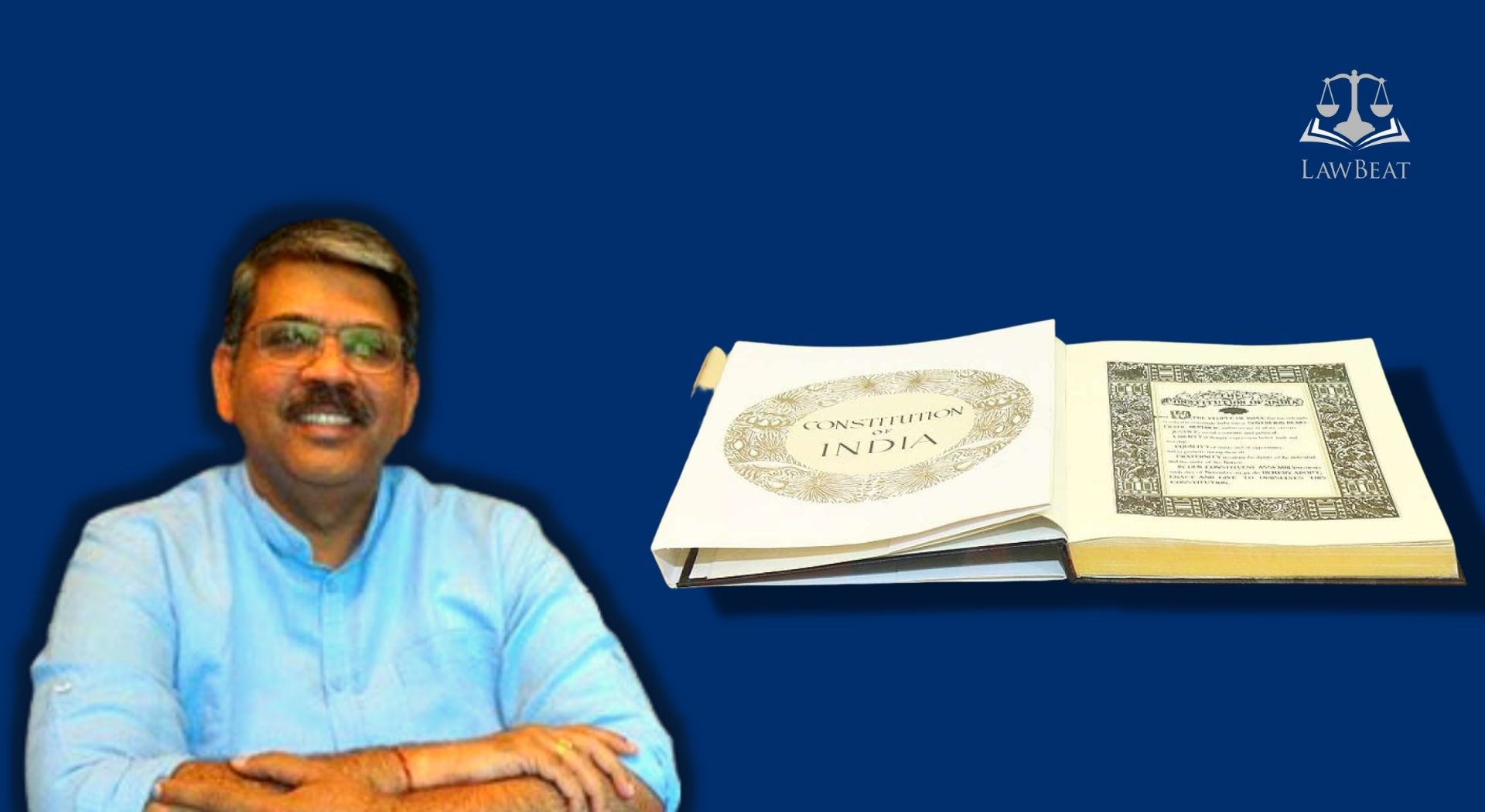 This is a crux of the talk delivered by Senior Advocate Chetan Mittal (ASG) on the topic "Understanding Partial President's Rule" organised by Think India Constitutional Law Forum, SIPLA & Lawbeat.

While the discourse began with the kind of Federal Structure India observes, it quickly transcended to establish that a Partial President Rule is permissible, very well within our Constitutional Framework and can be resorted to in the best interest of Nation, State and its people.

"By opting for a Partial President Rule, you are not going against the democratically elected State Government, but only restoring what the Constitution truly provides," said the learned Asst. SG in his course of address.

Mr. Mittal, at the outset, drew a distinction between the kind of Federal structure India practices as against what exists in the West.

“It is not coming out of some agreement between the States, as in the case of USA. Our federal structure is different from any other country in the world.”
- Ld. ASG

It is to be understood that while the Russian Federation or the European Union runs on a common consensus of the participating States, India runs on a quasi-federal structure with an inclination towards a Strong Centre.

“Indian federation has not resulted by virtue of instrumentality of agreements with the units – it embodies the indestructibility of the Union,” Learned Asst. SG said citing Dr. Ambedkar.

Placing reliance on the case of State of West Bengal v. Union Of India, (1964) 1 SCR 371, Senior Adv. Mittal read out the following four characteristics of Federalism laid by the Supreme Court back in 1964:

It will not be out of place to add another finding of the same judgment, wherein it was said,

“Exercise of executive authority of the States is largely restricted by diverse Constitutional provisions. The executive power of every State has to be so exercised as to ensure compliance with the laws made by Parliament and any existing laws which apply in that State, and not to impede or prejudice the executive power of the Union.”

Interestingly, Dr. Ambedkar on a question asked to him during the Constituent Assembly Debates, deleted the word Federation wherever occurring in the Draft Constitution.

This seems to suggest that the Constitution framers proposed for a Division of powers between the Centre and the States, only to seek Administrative efficiency.

Reliance was further placed on State of NCT v. Union of India, (2018) 8 SCC 501, where the Supreme Court evolved the following three concepts, namely,

Article 355: Duty of the Union to protect States against external aggression and internal disturbance

Article 356:  Provisions in case of failure of constitutional machinery in State - If the President, on receipt of report from the Governor of the State or otherwise, is satisfied that a situation has arisen in which the government of the State cannot be carried on in accordance with the provisions of this Constitution, the President may be Proclamation

The very first article creates a “Constitutional Duty” upon the Union to protect the States against external aggression and internal disturbance, emphasized Mr. Mittal, hinting a possibility/complete scope of Centre’s intervention in the disturbed state of affairs after election results in the State of West Bengal.

Para 108 of the judgment reads,

“Legally, therefore, it is permissible under Article 356(1), firstly, only to suspend the political executive or anybody or authority in the State and also the Legislature of the State and not to remove or dissolve them. Secondly, it is also permissible for the President to assume only some of the functions of the political executive or of anybody or authority of the State other than the Legislature while neither suspending nor removing them. The fact that some of these exercises have not been resorted to in practice so far, does not militate against the legal position which emerges from the clear language of Article 356(1).” (indicative of partial President’s Rule)

What is happening in State of West Bengal? – Does it call for “Partial President’s Rule”

All the above instances, unequivocally suggest, State of West Bengal is flurrying with an air of threat, disorder and lack of governance. In such deplorable state of affairs, Centre should take a definite call of intervention as Federalism, not only means division of powers between States and Centre, but also implies a Strong Centre.

“The state has suffered for a long time in terms of law and order. People had to vacate villages during the poll. They could not report, which is now coming out due to intervention of the Courts and NHRC. If you are victimizing a particular class of people in a State, majority view cannot prevail in terms of a law and order situation, when it is all done at the behest and support of the State,” rightly said Mr. Mittal while ending his discourse.

An incidental point of non-implementation of Schemes rolled out by the Centre, due to some ideological/political differences, was also made.

In this respect, attention may be drawn to the submissions of Learned SGI, Mr. Mehta, before the Supreme Court in Suo Motu Migrant Crisis matter, where it was informed that the State of West Bengal amongst few others had not implemented “One Nation One Ration Card” Scheme, citing impediments due to AADHAAR. Court had issued directions to implement the same by July 31, 2021.

Mr. Mittal is a versatile lawyer with a practice of about 30 years at the Hon’ble Punjab and Haryana High Court at Chandigarh, Hon’ble Supreme Court and other High Courts across India. He holds expertise in diverse fields of law, including, Constitutional Law, Service Law, Real Estate and Economic Offences.