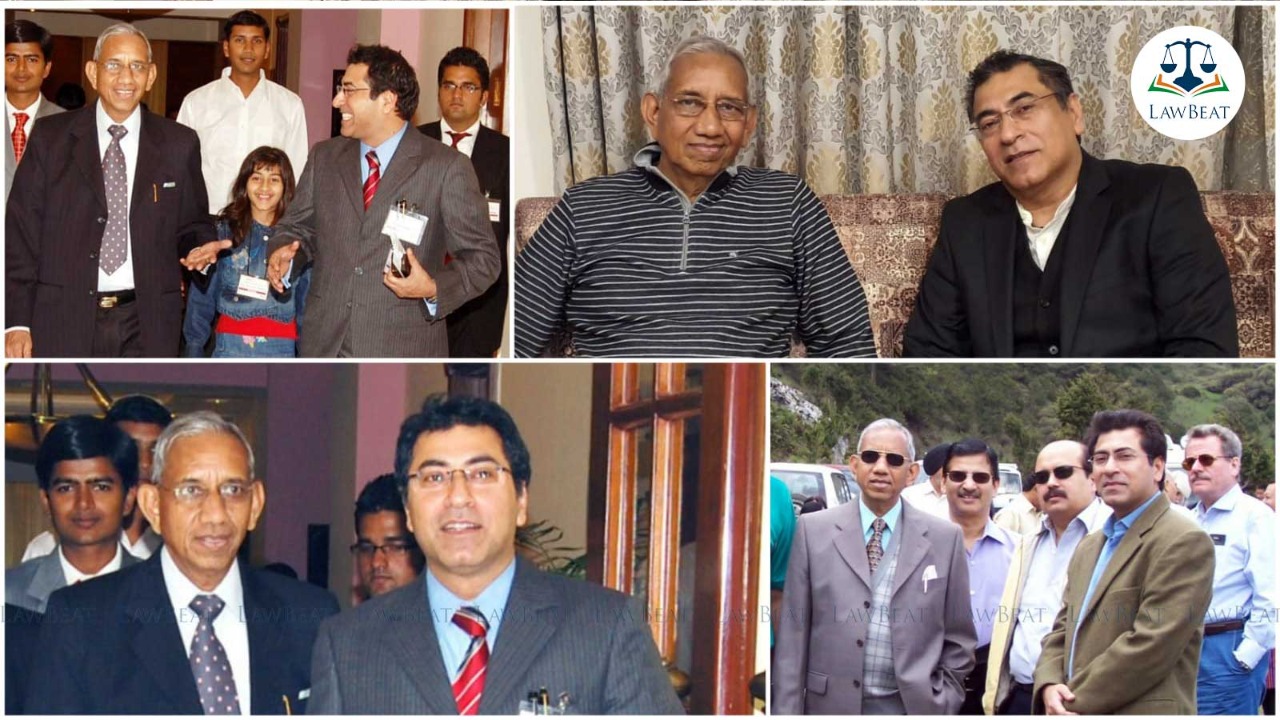 “Death ends a life, not a relationship,” is what Mitch Albom says in his true story about the love between a spiritual mentor and his pupil (Mitch's book titled ‘Tuesdays with Morrie', lovingly captures the simplicity beyond life's complexities).

Justice R. C. Lahoti, the 35th Chief Justice of India was neither a typical chief Justice nor an ordinary human being. He was truly a blessed soul. A paradigm and embodiment of integrity, intelligence, simplicity, humility and clarity of thoughts.

Let me share some of many unperishable memories and thoughts about him, which I hold close to my heart. I got to know him at a personal level in 2003 in course of a legal and public policy development project. As I was a non-litigation lawyer, there was never to be an occasion to appear before him. Thus the relationship I shared with him became entirely informal and somewhat personal and peculiar. We had several sessions of frank and candid discussions. His approach in decision making was driven by logic, and the quality or ideal of being just, impartial and fair. He was aware that none in the human race would ever rise above criticism. He accepted every commentary, whether complimenting or being critical on his verdicts, with equanimity.

On the personal front, I remember once when Justice Lahoti was the sitting Chief Justice of India, he and Mrs Lahoti, and Preeti (my wife) and I coincidentally happened to be on the same international flight. He was sitting in the first row and we were in the fourth row or probably fifth. After take-off, he got up from his seat for some reason and noticed us. He walked up to us and offered and ensured Preeti to sit in the first row, which was a VVIP seat with more leg space etc. And for more than half of the journey, he sat next to me and we discussed everything but law. His presence of mind and humility was unmatchable. He was also an ardent listener. He considered any knowledge or information as wealth. He was not an impulsive responder or reacter. He would never indulge in loose talk or criticism. Rather, he will compliment wherever he found an occasion to do that. He had gratitude galore.

I have also had the honour and privilege of travelling with him for many conferences and events. He was a very strict vegetarian and there were two occasions when we were in Bhutan and Pakistan for some events, and getting vegetarian itself was a challenge let alone dishes without onions etc. But he was so patient and humble in those situations. His food was cooked in Pakistan at Lawyer Mehmood Mandviwala's home strictly as per his faith. Justice Lahoti and Mehmood became close friends, thereafter. While in Bhutan, the Chief Justice of Bhutan then Justice Soman Tobgye being another example of personification of humility, took utmost care of Justice Lahoti at that time of his visit after learning about his meal preferences per his faith.

After Justice Lahoti retired as the Chief Justice, I was the first one to engage him professionally for an expert legal opinion. And the legal opinion, he gave had such an in-depth application of mind with the articulation of contents par excellence. The academic legal opinion was for a large MNC conglomerate, and with utmost integrity, he made it very clear that his opinion will proceed with a particular understanding of his mind, which may or may not suit the querist's conjectures. For him, his conscience was his glory.

Since his retirement, I met him on several occasions but post 2018, my visits can only be labelled as personal meetings. We discussed several dimensions and the schools of thought of spirituality. He showed me his entire library of books relating to wisdom, spirituality, religion and even scriptures. He was doing a lot of reading of ancient scriptures of different geographies and civilizations. He advised me repeatedly to take out 1-2 hour(s) each day to read about philosophy and all religions and their teachings. He said this will help me in finding the real fundamentals of life and work ethics.

He had many offers to take up high positions including constitutional, after his retirement. But he was a man who could never be caged. He was a man who wanted to soar to the greater heights of wisdom and spirituality, and for him, that was the eventual accomplishment. He kept on doing several arbitrations on the sidelines, and at the same time, I also saw him declining briefs of professional work. He was selective. His priorities were well defined. His aspirations were grounded.

"I will always have this special bond with you, Sir. You put me on the path of spirituality or should I say, you brought me face to face with the reality of our existence. I will forever be indebted for showing me this path of wisdom."

With lots of love and respect,