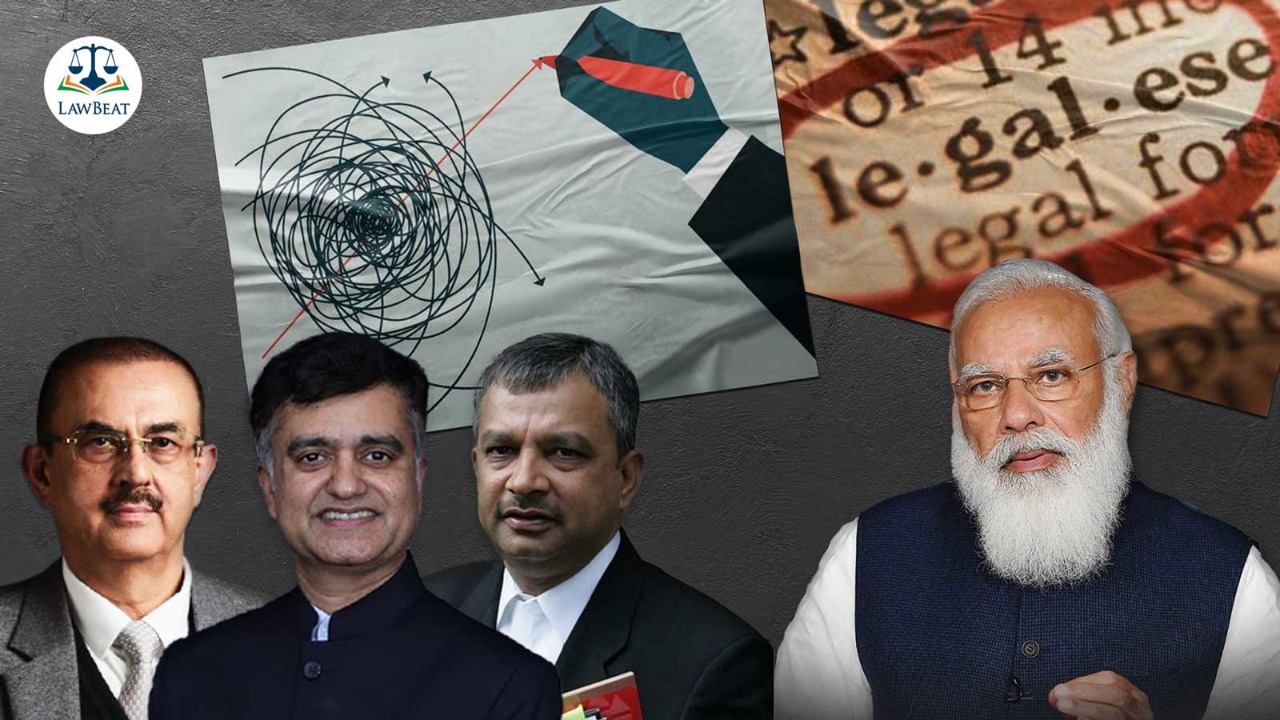 Lived Experience: This is from back when I was a practicing lawyer. The very first time I appeared before the Delhi high court, I took an adjournment on behalf of my senior, who was unwell. Needless to say, I was nervous. The Judge asked me the date I’d prefer and if two weeks will be sufficient. I replied “Ji”. When I got out of the courtroom, my friends and colleagues said, you have to say “Please, My Lord”, not “Ji”. I was flabbergasted! It was then that a Senior Advocate assured me that these “silly mistakes” are common when you start out. He said that when he was new in the profession and appeared for the first time, he was asking the judge for a date after 15 days and the judge repeatedly kept saying that he will give a date to him after a fortnight instead, but he kept insisting on 15 days, unaware that a fortnight meant the same thing! Finally, a senior prodded his gown from behind and told him to calm down.

Yesterday, Prime Minister Narendra Modi said that there was a need to simplify legalese by encouraging usage of local languages in courts and that as of now, English is mostly the language of preference across Courts in India. He further added that usage of local language right from court proceedings to the delivery of judgment will ensure better access to justice. The Prime Minister also said that legislations should be accompanied by easy-to-understand manuscripts so that citizens are well-equipped in the consultative process and are more empowered to understand their rights.

When he said that the innate character of the justice delivery system should be as uncomplicated as the personality of a cow (in Hindi), we struggled to find a suitable translation of the exact words in English, because the comparison is very befitting for the Indian perspective & it would be lost in translation in a colonial language. Of course, a subtle point had been made.

The Chief Justice of India, Justice NV Ramana also batted for usage of local languages in courts. He holds the view that profiency in English is not the persona grata for practice in constitutional courts. He said, "I think the time has come now to revisit the demand and take it to a logical conclusion. The practice of law before Constitutional courts should be based on one's intelligence and understanding of law and not mere proficiency in language," the Chief Justice of India said. He has also consistently pushed for the need of “Indianisation of Judiciary” & the need for the legal system to move away from the colonial hangover.

This hangover is obviously evident, not only in language but also in laws, in dress and in the way a common person perceives courts. It is a daunting task for many litigants to approach courts and navigate through the system, without the assistance of lawyers and it is not uncommon to see litigants struggling to make sense of things around.

Tectonic shifts do not come without challenges and lawyers think introduction of local languages may have their own.

Senior Advocate Vikas Singh, President of the Supreme Court Bar Association feels that that the adoption of local languages in Courts will require a complete overhaul of the existing infrastructure. “This is because the language of the Supreme Court of India is English and continue to remain English,” he said.

Senior Advocate Arvind Kamath thinks that the language of Superior Courts being English, judgements and proceedings in local languages would have to be translated, making it a cumbersome process and though it is true that consumers of justice would feel connected to the system when proceedings are conducted in local languages, there are challenges.

“Urban places are getting more and more cosmopolitan, lawyers from different backgrounds who practice in courts would find it difficult to handle the proceedings in local language,” he said.

Amid the challenges that may unfurl with introduction of local languages to ensure better access to Justice, it is Senior Advocate Satish Maneshinde’s view that the Prime Ministers’ stress on simplifying law & encouraging local languages is “need of the hour”.

“The law is meant to reach every citizen in our country. The common man is not educated in English which is the language of the Constitutional Courts like Supreme Court & High Courts, and many lower courts still follow English as the official language. It is very difficult for a lay man to understand and interpret the law. Under these circumstances, benefits of law and the rights under law are hardly reaching the downtrodden & poor. In this light, there is a need to use local language in at least lower courts & district courts,” Maneshinde said.

The discourse around usage of plain language to translate legislations is not novel. The Prime Minister of India said that the practice of introducing manuscripts in plain language along with legislations is a practice which is followed in many countries and India intends to implement it as well. He said that the Central Government has formulated a committee for this purpose.

Former President's of the United States including Barrack Obama and Richard Nixon have highlighted the need for plain language for better access to justice and public awareness as well. Obama’s administrator of the Office of Information and Regulatory Affairs noted, “Plain language can make a huge difference” by saving money and making it “far easier for people to understand what they are being asked to do.”

In India, Ignorantia juris non excusat or "ignorance of law is no excuse" applies. At the same time, we have laws which are extremely difficult for the common person to understand but... the Rule of Law is supreme (contradiction?)

Senior Advocate Satish Maneshinde said that there is a need to translate and simplify the laws, else, the provisions of Right to Equality and law for a common person contained in the Constitution of India become meaningless.

Though Governments of the day have been enthusiastic about introducing new laws but often, shoddy implementation and lack of awareness about them have always been points of contention.

"In a complex world, we are living in an era of simplification. In a vibrant democracy like India, legislations have to be simple, to enable citizens to understand it and for the enforcement authorities to implement it. Experience has shown that a whole lot of proceedings take place due to ambiguous legislations. If the citizens do not understand legislations, they would not cross the very first step on the road of access to justice," Senior Advocate Arvind Kamath said.

In fact, it is the Chief Justice of India NV Ramana's view as well that overburdening of courts will be drastically reduced if the legislature realises its true potential.

To quote the Harvard Business Review, “What do you call a dense, overly lengthy contract that is loaded with legal jargon and virtually impossible for a nonlawyer to understand? The status quo.”