(In)Applicability Of The Basic Structure Doctrine To Ordinary Legislations 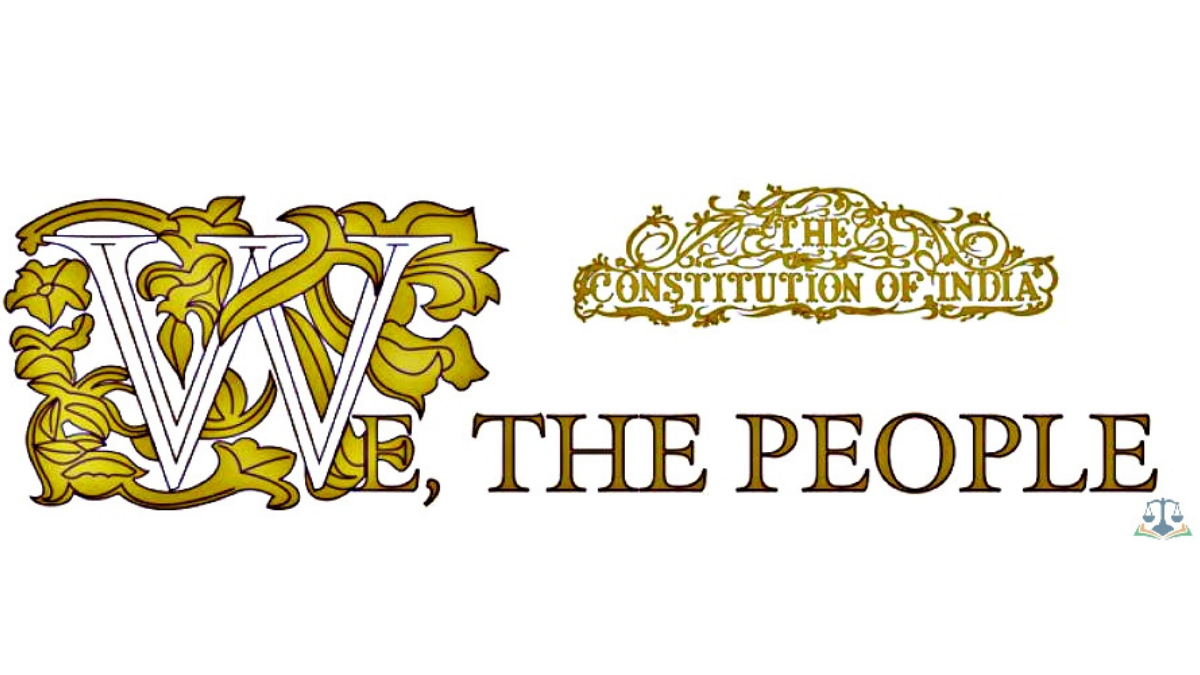 Both people in the legal profession and general public who converse about legal issues have, of late, constantly been of the opinion that a few legislations enacted by the Parliament (in a few cases, the State Legislatures) are purely violative of the “Basic Structure” of the Constitution and deserve to be struck down on that ground. What the essence of such an opinion is that either the intent/provisions of such legislations, in their opinion, are against the values which are dear to the Constitution, that can never be disturbed or gone against. In fact, the feeling that they are against the Basic Structure can neither be doubted nor questioned. But the assumption that it (the legislations) will be held unconstitutional on the ground that it violates the basic structure is what is in issue here. And unfortunately, the Basic Structure Doctrine does neither come into the picture while dealing with constitutionality of legislations nor is it useful. This point was also argued by the Attorney General of India Mr. KK Venugopal as recently as on 02.06.2021 in the matter pertaining to the challenge against the Tribunals Reforms Ordinance, 2021.

The cases, ‘like a pearl string’, taught in the beginning of the Constitutional Law classes need revision. One of the most important rulings in Shankari Prasad Singh Deo v. Union of India (AIR 1951 SC 458) and Sajjan Singh v. State of Rajasthan (AIR 1965 SC 845), was that an Amendment to the Constitution cannot be held to be violative of Part III of the Constitution (Chapter on Fundamental Rights) since it does not come under the ambit of “law” under Article 13(3)(a). Therefore, the unconstitutionality doctrine, as applicable to legislations, does not apply to Constitutional Amendments. Even though the Court in I.C. Golak Nath v. State of Punjab (AIR 1967 SC 1643), with all difficulty, tried to force ‘constitutional amendment’ into the jar of ‘law’ under Article 13, His Holiness Kesavananda Barathi Sripadagalvaru & Ors. v. State of Kerala ((1973) 4 SCC 225) again pulled out the toffee from the jar by ruling that an amendment to the Constitution is not ‘law’, saving it from being assailed on grounds of violation of Part III.

The concept of the Basic Structure was first discussed, not in Kesavananda Barathi but, in the dissenting opinion of Justice J.R.Mudholkar in Sajjan Singh. Although not concretely discussed, Justice Mudholkar agreeing with Justice Hidayatullah on the part that ‘the power to make amendments ought not ordinarily to be a means of escape from absolute constitutional restrictions’ (46), held that the presence of a Preamble indicated that there are a few ‘basic features’ of the Constitution which are to be considered permanent (55). An interesting fact is that even though the majority in Golaknath relied to an extent on the dissent in Sajjan Singh to overturn the proposition laid down in Shankari Prasad with regard to the ‘amendability’ of Part III of the Constitution, the majority opinion by the then Chief Justice Subba Rao and the concurring opinion by Justice Hidayatullah did not rely on the ‘basic features’ concept, but solely relied on ‘amendment’ being ‘law’ under Art.13 and thus being incapable of violating the fundamental rights. Even though the majority opinion made note of the contentions placed on the ‘basic feature’ concept, it seems to have been on the sole aim of dispelling the opinion that Art.368 is too sacred. The ‘basic features’ concept, in fact, got more adverse attention from the dissenting opinions of JJ K. N. Wanchoo, Vaidynathier Ramaswami and R.S. Bachawat wherein ‘Basic Structure’ was called by Justice K. N. Wanchoo as the ‘argument of fear’ (69), the importation of which, according to him, would make the Constitution too rigid and would lead to a violent revolution.

As well known, there were as many as 11 opinions in Kesavananda Bharati, and it would take a separate article to divest into the reasoning of all the judges to accept/reject the notion of basic structure. But long story short, Golaknath did not determine the issue of whether there was a basic structure, since the majority held that ‘law’ in Article 13(2) included a constitutional amendment. In Kesavananda Bharati, it was almost unanimous that such a conclusion was incorrect and also was unanimous the opinion that there were no express or implied limitations to amend the constitution. But the majority therein wanted to place the power of amending the Constitution atleast within a loose boundary, or in the words of Mr. Palkhivala and Justice Jaganmohan Reddy, since the Constitution was not a ‘jelly fish’ (1159), but an organic document with a ‘structure’. An in-depth analysis of the opinions of all the judges in the Constitution Bench would reveal that the Majority inclined towards the basic structure citing one major ground, “dignity of an individual”, and the argument put-forth by Mr. Palkhivala about the test of “worst-possible scenario” seems to have worked. No doubts Justice Wanchoo was right in calling the basic structure argument, in Golaknath, “an argument of fear”.

Thus born, out of the conscience of law and the Court, the need to subject a Constitutional Amendment to a special rare power, in the words of Justice J.R. Mudholkar in Sajjan Singh, “to how harmonise the duty of allegiance to the Constitution with the power to make an amendment to it.” (57)

Justice AN Ray, who was critical against the Doctrine in Kesavananda, held:

Justice HR Khanna, who in support of the Doctrine held in Kesavananda Bharati,

“1437. …The word "amendment" postulates that the old Constitution survives without loss of its identity despite the change and continues even though it has been subjected to alterations”

did not express an opinion on the applicability to legislations in Indira Gandhi, even though he made a note of it:

“239. …In view of my finding that the provisions of Act 40 of 1975 with which we are concerned have not been shown to impinge upon the process of free and fair elections and thereby to strike at the basic structure of the Constitution, it is not necessary to deal with the above argument (Argument on whether an ordinary legislation can destroy the basic structure).

Justice KK Mathew, also an opponent of the Doctrine in Kesavananda Bharati, held in Indira Gandhi:

“346. I do not think that an ordinary law can be declared invalid for the reason that it goes against the vague concepts of democracy; justice, political, economic and social; liberty of thought, belief and expression; or equality of status and opportunity, or some invisible radiation from them. … The doctrine of the 'spirit' of the Constitution is a slippery slope. The courts are not at liberty to declare an act void, because, in their opinion, it is opposed to the spirit of democracy or republicanism supposed to pervade the Constitution but not expressed in words.”

Justice Hameedullah Beg (as he then was) was the only one to lend a voice in support of the Doctrine being used to test ordinary legislations.

In State of Karnataka v. Union of India ((1977) 4 SCC 608), Chief Justice Beg discussed his opinion on this question in Indira Gandhi, but clarified or almost narrowed it down in line with the majority in Indira Gandhi. Talking about separation of powers, and on how the Constitutional provisions have specific mandates on how the powers are to be shared between the organs of the government, and also between the central and the state legislatures, Beg CJ held:

“127. … The basic scheme of the Constitution could certainly be invoked to invalidate legislation by parliament acting in its ordinary law-making capacity, on a subject which falls either exclusively within the orbit of an amendment of “the Constitution” or in List II of the Seventh Schedule exclusively state subjects.”

Justice Untwalia, in his concurring opinion relating to the merits of the issues relied on Justice Chandrachud’s opinion in Indira Gandhi, to reject the contention that the doctrine can be applied to test the validity of legislations.

“236. … In the case of Smt. Indira Nehru Gandhi v. Shri Raj Narain such an argument (on the applicability) was expressly rejected by this Court. We may rest content by referring to a passage from the judgment of our learned brother Chandrachud J…”

Later in Kuldip Nayar v. Union of India ((2006) 7 SCC 1), Y.K. Sabharwal CJ, dedicated a separated head for the issue of “Whether Basic structure doctrine is available to determine validity of a statute”. Chief Justice Sabharwal relied on Indira Gandhi and reiterated that there are only two tests applicable to determine the validity of legislations. The judgment also clearly distinguished the Court’s rulings in D.C.Wadhwa v. State of Bihar ((1987) 1 SCC 378, L. Chandra Kumar v. Union of India ((1997) 3 SCC 261) and Indira Sawhney v. Union of India ((2000) 1 SCC 168) from the issue at hand, where in the former cases, the issue before the Court was whether the ordinance/enactment were violative of fundamental rights or other constitutional provisions, and not whether they were violative of the Basic Structure. Sabharwal CJ concluded,

“107. … The challenge to a law made, within its legislative competence, by Parliament on the ground of violation of the basic structure of the Constitution is thus not available to the petitioners.”

Justice Khehar, though failed to explain the reasons for his deviation from the earlier precedents. Justice Madan B. Lokur, in Supreme Court Advocates-on-Record Assn. v. Union of India (NJAC Case) ((2016) 5 SCC 1), rightly referred to the above paragraph as “an assumption that it was the logical extension” of the main principle and chose to stay with the Court’s ruling in State of Karnataka v. Union of India, that the doctrine does not apply to legislations, except for the Ninth-Schedule laws, which can be tested on the Basic Structure doctrine due to it not being subject to Art. 13(2).

The shortest and the most apt explanation of the issue can be deduced from Justice Khehar’s opinion in the NJAC Case, where Justice Khehar came back to reason his conclusion that the doctrine will be applicable to legislations.

“381. … Yet, if a challenge is raised to an ordinary legislative enactment based on the doctrine of “basic structure”, the same cannot be treated to suffer from a legal infirmity. That would only be a technical flaw. That is how it will be possible to explain the observations made by this Court in the judgments relied upon by the learned counsel for the petitioners…. If such a challenge is accepted on the ground of violation of the “basic structure; it would mean that the bunch of articles of the Constitution, which constitute the particular “basic feature”, had been violated.”

* Surya Narayanan. N and S. Teepanjali are Final-year Students at the School of Excellence in Law, The Tamil Nadu Dr. Ambedkar Law University, Chennai. They can be reached at mailme_surya@yahoo.in and teepanjali.7@gmail.com.